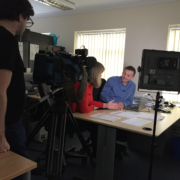 BMSI Managing Director, John Axten, has given his verdict on the Governments lack of clarity concerning Carillion’s downfall and the catastrophic impact that this could have on the construction industry.

Interviewed by Siobhan Kennedy of Channel 4 news last night, John spoke of his dismay at the actions of the Government in the wake of the fallout. BMSI, like many other small to middle sized sub-contractors, had assumed that given the Governments apparent confidence and involvement with many of Carillion’s public sector contracts, that they would be protected in an event such as this, an assumption that has proved to be disappointingly inaccurate.

Elaborating on his comments to Channel 4 last night, John commented:

“The news announcing Carillion’s collapse was a shock to us all – especially given the fact that the Government were still issuing public sector contracts to the company as recently as the start of January – but the reassurances that were issued from Westminster last week confirming that the Government would step in to resolve outstanding payments provided some relief at least for companies such as BMSI.

Unfortunately, these proclamations have proved false and we are looking at the prospect of a stack of unpaid bills for several contracts carried out before the 15th January 2018. What this looks like for BMSI is £240,000 in lost revenue, not to mention the staggering 1 billion that will be lost across Carillion’s 30,000 other suppliers. The ripple effects from this, coupled with the Governments continued resistance to provide certainty on the issue, will have devastating effects over the coming 3-4 months which could result in further bankruptcies across the wider industry. That being said, BMSI are in a fortunate position – we have an extremely healthy balance sheet and can ride out this particular storm – but for other companies, the situation is simply not good enough and the industry deserves better.”

John Axten has been Managing Director at BMSI for over 16 years and is an experienced and respected commercial quantity surveyor with unparalleled industry experience. BMSI is a leading systems integrator of Building Energy Management Systems (BEMS), for more information about the project installations, support services and integrated energy management solutions they provide, visit the rest of the website here.